Identifying YCS in the field 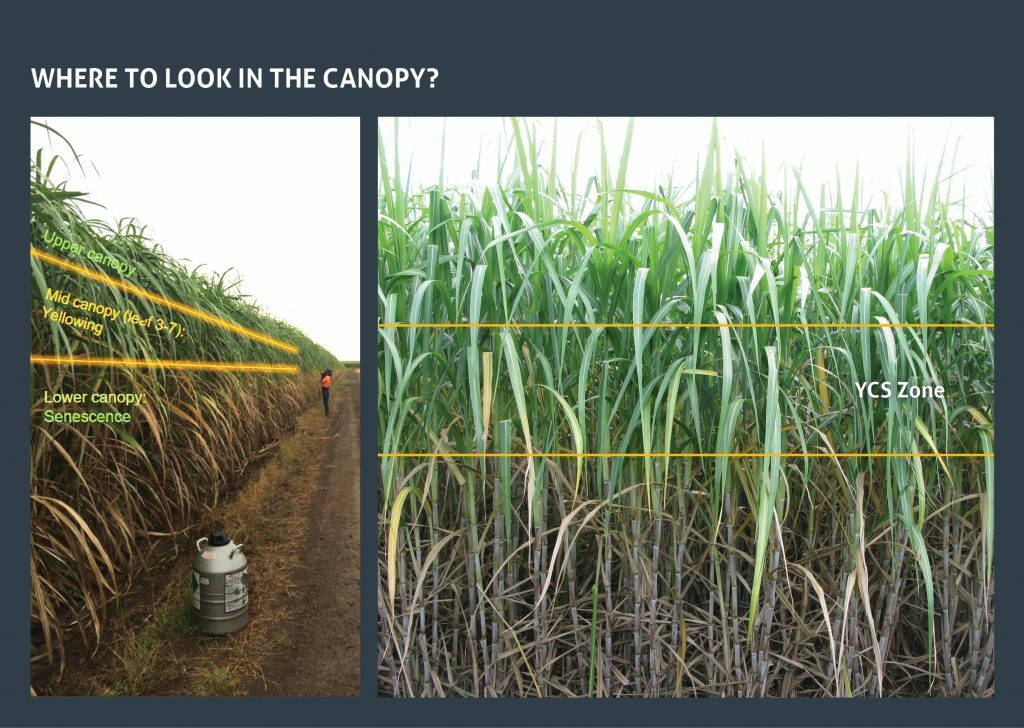 YLS is caused by a virus and is known to occur in both Australia and overseas. In particular it is widespread in Louisiana and other cane-growing states in the United States of America. It is characterised by:

Yellow Spot (YS) is caused by a fungus and is usually seen in the wet tropics.

It is characterised by:

Ask yourself, have herbicides been used on or near the affected crop?

Sugarcane can show a phytotoxic reaction to some herbicides. Leaf symptoms may be the result of herbicide uptake through the roots, leaves, or by leaf burn.

Depending on the dose, soil texture, environmental conditions and variety, symptoms may vary but in general the following foliar symptoms are typically seen in cane:

Phytotoxicity symptoms due to systemic herbicides

Usually phytotoxic symptoms are transitory and cane grows out of the symptoms with or without yield loss. However, cane harmed by glyphosate may continue to deteriorate and die.

Cane can show yellowing in response to some nutrient deficiencies.

The table below describes how YCS differs from deficiencies likely to induce yellowing in the leaves of sugarcane.

Damage to the root system is easily observed through a visual inspection, and symptoms include shortened roots, a lack of fine roots as well as chewing damage to the below ground stalks or stool.

Canegrub damage may reduce plant growth, and promote lodging and stool tipping. Between the months of February and May larvae should be easily observed amongst the root mass.

Cane that is being dried down for harvest will also show signs of yellowing. Yellowing generally starts within the older leaves and gradually works its way up the plant.

Normal senescence is generally a light brown colour whereas YCS is a brighter yellow. The ripening phase corresponds to the cooler and drier time of the year, whereas YCS can occur anytime.

Water stress may result from drought or water logging.

Symptoms include the entire crop yellowing and in severe cases results in plant death.

Yellowing starts in the older leaves and gradually works its way up the plant.

The tops of drought-affected cane will generally look dry before they turn pale brown.

Water logging symptoms occur in the lower leaves and a pale yellow colour results. The crop will begin to show symptoms only after being water logged for a period of time.