A new sugarcane variety approved for growers in the Burdekin region has been named after its joint developers – Wilmar Sugar and Sugar Research Australia (SRA).

The new variety is called WSRA17 and it is the first to carry the ‘WSRA’ prefix since the naming convention for new sugarcane varieties changed in 2015.

SRA Variety Officer for the Burdekin, Ms Catherine Kettle, said WSRA17 produced good tonnes per hectare when compared to standard commercial varieties in trials (Q183, Q208 and KQ228). Its commercial cane sugar (CCS) was slightly lower than comparison varieties in trials, it was resistant to leaf scald, and was intermediate/susceptible to sugarcane smut.

Burdekin Productivity Services Manager Mr Rob Milla said from the data seen to date, the variety had good commercial prospects due to its yield performance and leaf scald resistance.

Mr Milla added that local industry would continue to keep a close eye on WSRA17’s response to smut in the Burdekin, which so far had been reasonable. This local response has seen the Burdekin Regional Variety Committee approve the release of the variety, while also noting the importance of continuing to monitor its response to smut.

According to Wilmar Sugar Technical Field Officer Mr Terry Morgan, the variety has shown promise in field trials and through its development, and was special because both parents were commercial varieties that had been created in the Burdekin.

WSRA17’s parents are Q208 and Tellus. Q208 was the most popular Australian variety in 2017 and represented 30 percent of the entire Australian sugarcane crop.

“WSRA17 is unusual because it came from a cross that occurred under field conditions in a block of commercial cane,” Mr Morgan said. “We really mined that cross. We grew in excess of 3000 seedlings from the cross, and that is where this new variety came from.” 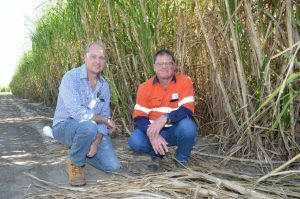 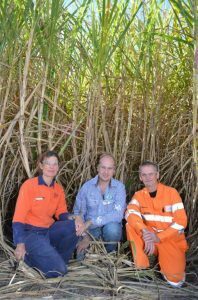